Elena Figurina was born in Latvia in 1955, which at the time was part of the communist USSR. In 1969, consequently to her family moving to St. Petersburg, Figurina became increasingly involved and interested in the arts. Nonetheless, due to the absence of financial support for artists at the time, as well as the external pressure exerted upon her by her family, Figurina was accepted into the Leningrad Institute of Aviation. Figurina commenced her education within the institute with engineering, although she went on to graduate as a sculptor and modeler. Furthermore, throughout her studies and following her graduation, Figurina was also continuously participating and securing both solo and group exhibitions.
By the time of her graduation and due to the increased external interest towards her works, Figurina joined the Letopis' art group headed by Boris Koshelokhov. On account of the nature of the artworks that were actualized by the group, the Letopis were accused of not complying with the politically accepted artistic rules and regulations. At the time, social realism was the only satisfactory movement that was approved by the government, ensuring that one of the exhibitions, as set up by the Letopis group n 1978 was indeed shut down. 1981 saw Figurina join the Association of Experimental Art (TEII), which was created in order to organize non-conformist underground exhibitions.
The Contemporary Art Academy of the Deathless, another avant-garde contemporary Russian art circle, as led and founded by Felix Volosenkov counted Figurina as a member from 2000 onwards. The founder’s intention was to unite acknowledged and innovative artists in Russia at the time. This artistic affiliation with the group as well as her exponential rise to fame, has secured Figurina as the epitome of a St. Petersburg artist.
Figurina confesses that she can't live without her work. Perpetually, Figurina keeps asking herself if she is a true artist, as she treats art neither as a profession nor a vocation. Art is Figurina’s individual way of existing as a rational and sentient being. Figurina maintains that the production of art is not just a laborious process in terms of physicality of it, but should also be considered an emotional challenge as well. Finding the delicate balance of expressing your inner most being without falling over the edge into insanity, is the ultimate task when it comes to art, according to Figurina.
Overall, since her membership at the St. Petersburg Academy of Modern Art as one of the resident artists in 2000, Figurina has participated in over 200 exhibitions both in Russia and abroad. Figurina's paintings and sculptures are part of museum and private collections in Australia, Belgium, Denmark, England, France, Finland, Germany, Holland, South Korea, Norway, Poland, Russia, Sweden, Switzerland, and the United States. 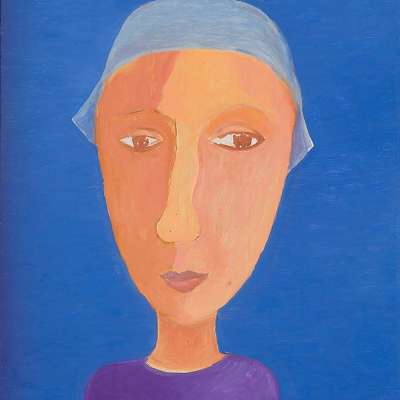 Painting Symbolism Naive art Realism Sculpo Neoavantgarde
﻿
Save the items you have added to the chart! Do you want them sent to your email?