Gracheva married her art school classmate Konstantin Gracheva who is also a well-known artist. Husband and wife often exhibit together and also both work exclusively in the rigorous tradition of classical painting. Within her compositions, Gracheva expresses her lyrical moods through recurring themes like family and relationships.
Gracheva is a great admirer of Renaissance art and artists. She and her husband continued the tradition of travelling to Italy to further their artistic education. On one of these trips Gracheva was inspired to use pastel colors - a technique that had always intrigued her. Gracheva considers herself to be an academic and an artist and expresses her ambition to continue developing the old tradition of painting. 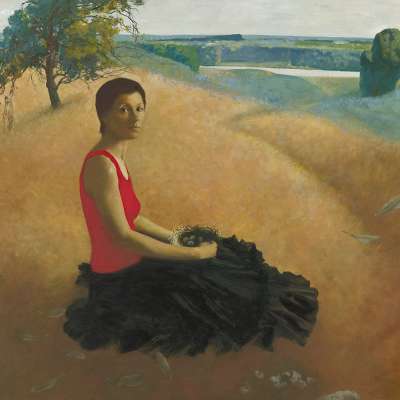 Ekaterina Gracheva was born in 1975 in Leningrad and currently living and working in St. Petersburg. Gracheva studied at the Leningrad NK Roerich Art School where she graduated in 1998. From 2006-2008 Gracheva took a course in monumental painting under the guidance of Professor Mylninov at the State Repin Academy of Fine Arts, Sculpture and Architecture in St. Petersburg. She is now a guest professor at this institution.