Taking into consideration his young age, as well as the fact that Patrakeev graduated from fine art school only two years ago, it is unprecedented how effectively he has managed to establish himself on the contemporary Russian art scene. Interest in his work has spanned over five years, starting whilst he was still a student and has gradually consolidated into a wide-spread recognition of Patrakeeev as a talented artist.

Patrakeev’s two particular pieces included in our collection perhaps reflect this very struggle of establishment, which the art world presents to young emerging artists. Nonetheless, the figurative subject of Playground I and Playground II should not be dismissed as elementary due to artist’s age.

Rather, when one considers the content of the pieces alongside with the color palette it becomes quickly evident that darker undertones are being played out in the work. Hence, the narrative of the playground is displayed in a series of shades of grey and black. At first glance it almost seems that the images of the playgrounds themselves have been pasted on; yet after careful investigation it becomes clear that Patrakeev managed to skillfully deceive us. The trompe d’oeil presented here leads one to believe that a collage is displayed, whilst in reality this is just a skillful use of oil on canvas.

Additionally, the complete absence of any figures, above all children, as would be expected in a playground means that a tenebrous undertone manifests. Consequently, the playground, the symbol of childhood seems abandoned, relinquished for the adult life, which most likely just as somber. Simultaneously, the addition of the vibrant pink signifies the potential for the discovery of contentment, which makes one question the intended conclusion of the piece even further. 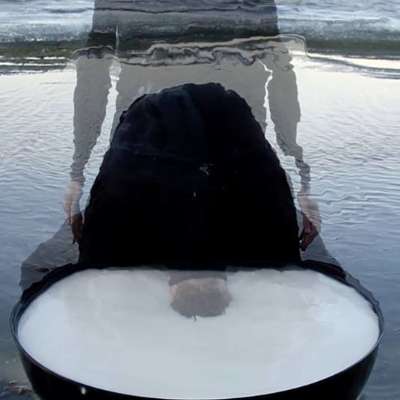 The member of Artists Union from 2008.

His works are in private collections in Russia, France, Norway, India, Japan and America.

Painting Surrealism Realism Contemporary realism Conceptualism Pop art
﻿
Save the items you have added to the chart! Do you want them sent to your email?