Boris Borshch was born in Mogilev in 1948. He started drawing in his childhood when he attended classes at an art studio in a local House of Pioneers. At the age of twenty he began making individual art.

Boris Borshch belonged to the group of so called “left” artists who formed their attitudes about contemporary art mostly on the basis of foreign art magazines. Every member of the group had their own style and exhibited their works at home exhibitions. In 1982 Borshch decided to leave Mogilev and move to Leningrad.

Here he made contacts with a circle of unofficial artists and started to exhibit his artwork together with artists from the Association of Experimental Art. At that time the artist was especially fond of German expressionism and painted half-abstract compositions with stylized human figures. While searching for an individual painting style, the artist reached a point when he found that the abstract speculative environment he had been so fond of was no longer of interest to him.

This stagnation in his artistic development was overcome in the end of the 80s’ when the artist went out of his workshop straight into the humdrum of the city. Boris Borshch took his sketchbox and easel, and started to paint en plein air.

Since that time Borshch has painted only from nature. Nevertheless, his painting is not at all imitative: the artist doesn’t want to produce careful copies of the scene. He has a certain degree of courage - the chaos of life pleases and excites him. In his works the artist doesn’t strive to simplify and regulate the world around him. Borshch says that he tries to express his feelings and artistic temperament through colours. According to him, painting doesn’t need any intellectual implications and should avoid excessive rationality.

Boris Borshch belongs to an independent group of artists, the Hopeless Painters. The members of the group believe that painting remains the framework and cornerstone for European contemporary art. 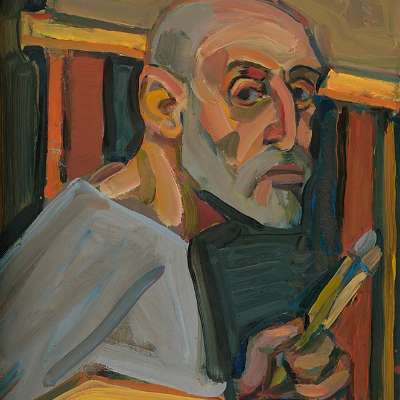 Painting Naive art Realism Neoavantgarde
﻿
Save the items you have added to the chart! Do you want them sent to your email?